Can you be too old to travel? Only you can know the right answer but consider these factors:

Slowing down was the last thing on Elaine Schaefer’s mind when she turned 70 last year. She’d enjoyed an ambitious travel schedule for the previous decade, which included a 10-day horseback safari in Botswana and a snorkeling tour of Bora Bora. She didn’t feel too old to travel.

Then the pandemic hit. Suddenly, with the exception of a cautious staycation or two, she was confined to her home. Being in a high-risk group didn’t help. But she says that’s not going to stop her.

“Ability to travel is not a function of age,” says Schaefer, who writes a blog about senior travel. “It’s determined by your physical and mental fitness.”

And yet many people are asking that slightly indelicate question now: Can you be too old to travel? The Centers for Disease Control and Prevention says the risk of getting severely ill with COVID-19 increases with age. Eight out of 10 COVID-19-related deaths reported in the United States have been among adults aged 65 years and older, according to the CDC.<

There’s another reason this question is now relevant. The U.S. Census Bureau says over the past 10 years, the population 65 and over increased 34% to 50.9 million. The government projects there will be 94.7 million senior citizens by 2060. 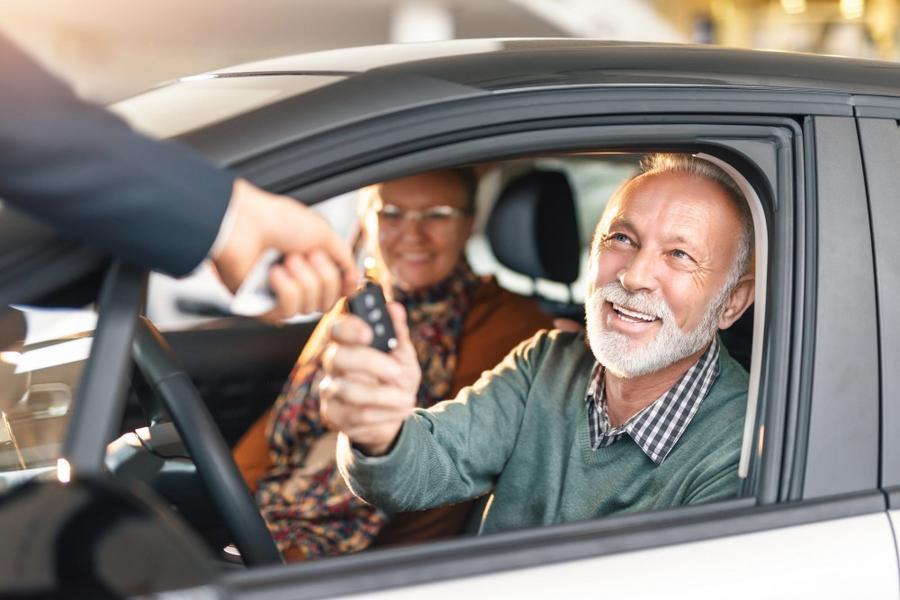 In one way, the travel industry has already responded. Try renting a car in Europe, for example. In Croatia, Schaefer wouldn’t be able to this year, because the maximum age is 70, according to AutoEurope.com. Other European countries will cut you off at 75 (Greece), 80 (Portugal), or 97 (Finland). Insurance companies impose higher rates; tour operators restrict certain activities. That feels like a “no” for many aspiring travelers.

And this is one of those rare times when I agree with the travel industry. Yes, you can be too old to travel. But maybe not in the way travel companies say.

Yes, some people absolutely should stay home. But it’s not necessarily age-related. It’s more a question of self-assessment (see the checklist at the end of this story) and booking the right trip. If you do that, you can travel as long as you like.

WHO IS TOO OLD TO TRAVEL?

Some folks should think twice before traveling, but not solely based on their age. It’s their level of fitness, says Kirsten Veldman, a former tour guide who now edits a retirement blog.

She recalls a 93-year-old on one of her Caribbean tours who was disabled, incontinent and traveling solo.

“You can’t expect to ask a tour leader to nurse you as well,” she says. “And be there for you 24/7 for medical care. Tour guides don’t have the time, skills, and knowledge for it. So, in this case, my advice is: he shouldn’t have traveled with us in this capacity.”

“We have travelers into their 80s and even 90s. Some travel as a couple and some alone,” says company spokeswoman Ann Shannon. “We have no age limit.” 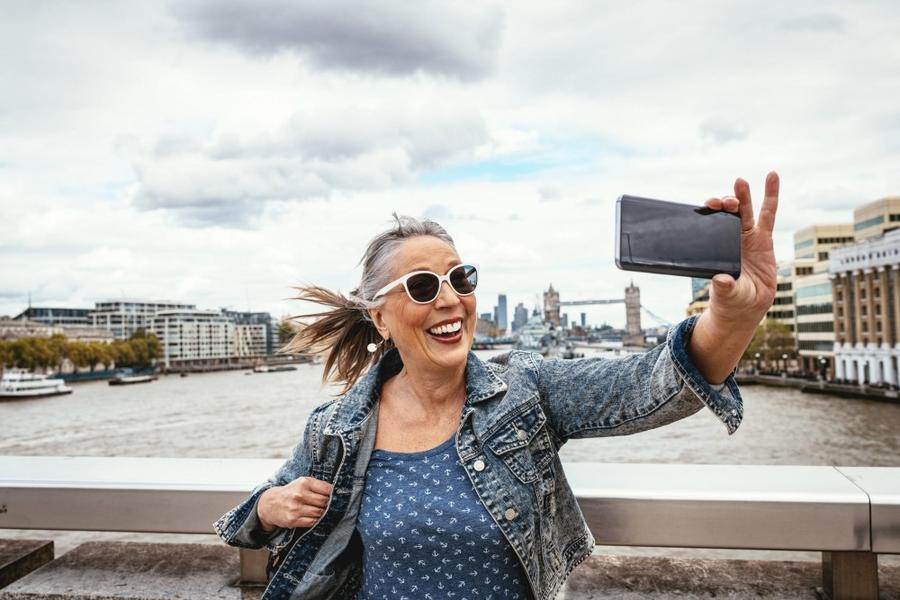 ARE YOU TOO OLD TO TRAVEL? IT’S YOUR CALL

If you ask travel experts, they’ll repeat that old cliché – age is just a number. It’s a question of physical, and to a certain extent, mental ability.

“Many of our travelers are retired, focused on maintaining their good health, and are experienced travelers who have a good idea of what to expect,” says Sara Baer-Sinnott, president of Oldways, a food and nutrition nonprofit that operates tours. “Someone in their 40’s may struggle more than someone in their 80s.”

You may have to adjust your activity level to match your physical condition. That’s what Luanne Mattson did when she took her mother to Ireland last year on the 83-year-old’s first trip out of the country. She decided to slow down the pace and to take cabs instead of walking. Mostly, she worried – about jet lag, deep vein thrombosis, or her mother running out of energy.

It turns out she had nothing to be concerned about. Her mother arrived in Dublin healthy and full of energy.

“She was so excited that she forced me to get out the first night and go on Dublin’s literary pub crawl,” recalls Mattson, who works for a tourism bureau in Jeffersonville, Indiana. “It turned out to be her favorite part of the trip. I would do it all over again in a heartbeat!” 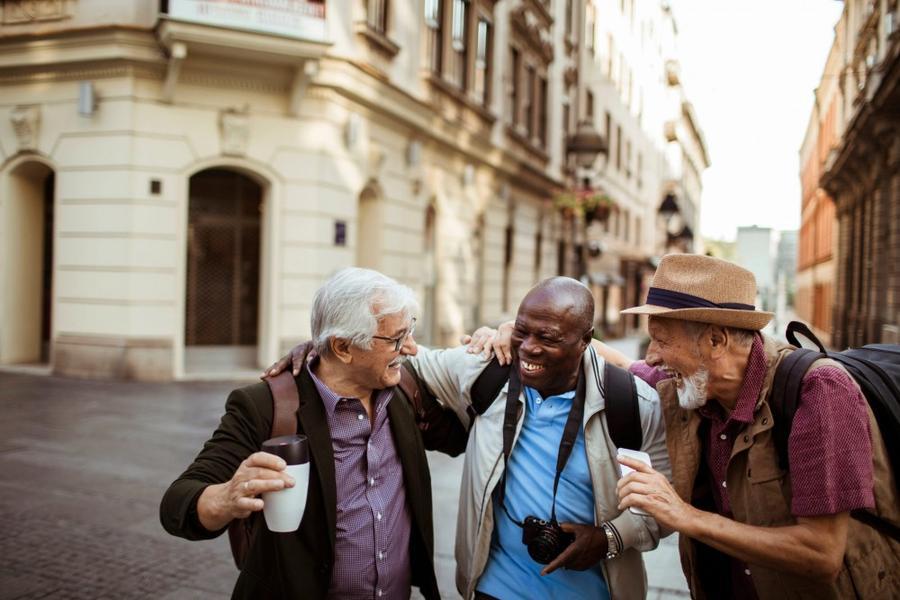 What’s the maximum age for travel?
Is there an absolute cutoff age? No, says Judy Gaman, author of ‘Love, Life, and Lucille,’ a memoir about how a friendship with a centenarian changed Gaman’s life. Gaman even took Lucille on a cross-country book tour with her.

“At 102, Lucille was able to handle the flight, car rides, and even the grueling media appearances,” she recalls. “I just had to allow a little extra time between events, but that was the only change from my usual tour schedule.”

HOW DO YOU KNOW IF YOU’RE TOO OLD TO GO?

What does your doctor say? If your doctor tells you that you’re medically unfit to travel, you will have to reconsider your vacation plans. That’s what happened to Rick Patterson’s mother. “When her doctor had told her that he would not grant a medical clearance for her travels, then that was it,” says Patterson, who runs a product review blog.

Is it practical? Would your travel needs put too much of a burden on the tour operator or cruise line? On Malys Yore’s recent European cruise, one passenger in her group moved slowly and needed medical oxygen. “He was struggling badly,” says Yore, a 60-plus travel blogger. Someone like that probably should have chosen a different tour or stayed home.

What are the benefits? My late grandmother, Louise, took a final trip from Southern California to her ancestral home in North Carolina when she was 89. The benefits of that trip far outweighed the inconveniences. Yes, the airline lost her luggage. And yes, she needed a wheelchair. But she also got to see her relatives one last time.

Ask the Captain: Can I fly with medical oxygen? Do airlines provide it or do I bring my own?